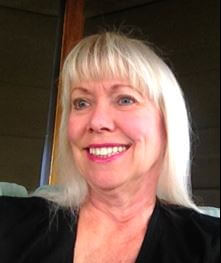 I was brought up in a strict fundamentalist Christian home. When I was very young an extended family member sexually molested me. I kept this hidden from my parents since I was taught to respect my elders and this was family. As I developed into my teens the world seemed like a very dark and doomed place. I was confused by many of the things I was told were truth and what was actually happening in the world and to me. I desperately wanted to be happy and to fit in. I rebelled against the restrictions my family had placed on me …no dancing, no movies, no cards and I began to search for acceptance outside my family. I soon found what I believed to be that acceptance in the world of drugs. My drug of choice was heroin and initially it gave me what I was looking for – peace and an inner calm. Over time I found myself homeless and dependent on heroin.

One day while wandering the street a postal worker approached me. He spent some time with me and listened to my story and then suggested I talk to someone he thought could help me. That someone was Dr. John Dougan and his office was in the Homewood. I went to see Dr. Dougan and he told me about a new program he had started called Stonehenge. He explained that he could admit me immediately to the Homewood but he thought I would get better results at Stonehenge. I chose Stonehenge.

My recovery began at Stonehenge in 1971. In those early days, Stonehenge was a large farmhouse located outside of Guelph. For me the best part of being at Stonehenge was that I was in isolation for three months. This meant no phone calls in or out and no excursions off the premises unless the entire group was going. My head began to clear during this time and I began to get healthier emotionally. I had some serious health issues that Dr. Dougan addressed and slowly my recovery began. I stayed at Stonehenge for six months and I have never looked back.

My life wasn’t perfect after Stonehenge but I was able to seek counseling as I matured and come to grips with my past. Rather than beating myself up over my addiction, I came to see it as a coping mechanism. I learned healthier ways to cope with life’s struggles. Eventually I went back to school and completed high school and then went on to University. After completing my graduate degree I began working with international university students. My own experiences proved invaluable in helping students with their struggles. I felt like I was giving back after I was given so much those many years ago.

I credit that postal worker for intervening in my life. To this day I have no idea who he was or how we bumped into each other. Without him I would not have been introduced to Dr. Dougan, whom I credit with saving my life. Stonehenge has changed radically since those early days but even in its infancy it gave me a step up when I most needed it. It gave me life! For that I am forever grateful.