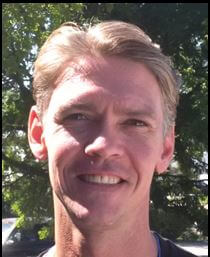 I’m not going to bore you with a memorial of my past misdeeds, or a life gone askew. Specifically I want to discuss a series of experiences with the residential treatment program that taught me about the value of being honest with myself; in effect, how to begin the long difficult process of learning to love myself, for myself.

I was referred to STC by my probation officer, Katy, in Owen Sound. After seeing me bi-monthly for a year (drunk every time) Katy was bound and determined that if I wouldn’t take actions to help myself, she’d get the job done for me.  I lived above a well-known, unsavory rock n’ roll  bar at the time, and made half-hearted attempts to reach out to Stonehenge about once a month to keep the ladies in my life  – my mother, aunt and sisters – off my back.  Through the magic of probation/rehab cooperation Katy was able to get me into treatment quickly.   I was informed of my acceptance for admission by my mother and a close family friend who arrived at my apartment with a truck to whisk me off to the family farm so I could acquire the necessary sober time before showing up at Stonehenge.

I arrived at Stonehenge bound and determined to make the best of my stay which, at that time, meant that I needed to learn the rules as quickly as possible so I could find all the loopholes. In those first few months, I treated all those around me as objects that would either further or hinder my progress.  I made no real human connections.  This was a comfortable place for me, and my use of humour as a mask and coping mechanism was well documented.

I was lucky enough to have as a primary facilitator, a therapist, who had graduated the program herself; one who knew the subtleties of lies of omission and emotionally dissociative behaviours. Unwilling to turn my sarcasm on my fellow residents, I immediately targeted staff, never crossing the line of disrespect, but skirting it constantly.  Thus began my love hate affair with “Encounter Circle” – a weekly group intervention in which the community challenges and supports one another to look at and take responsibility for unhelpful behaviours.

I found myself in the circle in my first week for sarcastic behaviour. After a one week behaviour contract, a tool designed to help me become more aware of this behaviour and its impact on others, I was on high alert at all times for any signs I was treading close to danger.  No way was I going through that again.  So I began to foster the personality I decided was the “right one” for being at rehab.  Those who’ve been there may know what I mean.  I began to give critical feedback, not fluff, and started sharing, as best I could. I shared my story, with almost too much ease at first, “Like hearing a book report about something you read, like it didn’t happen to you” (that was told to me several times over the months).  As I grew more comfortable with my primary group, I was forced to discuss things in detail I didn’t want to.  This was the first time I’d been authentically myself since arriving.  My reaction to finally being vulnerable was a return of humour and sarcasm, which my counsellor immediately recognized.  For the next 4 weeks, I was back in encounter circle regularly.

The day of Encounter Circle was tense, and I was full of righteousness and belligerence. I was called into my counsellor’s office for a private one on one, where I was shown my discharge papers with the reason for discharge identified as “lack of clinical growth”.  She asked me why I should be allowed to stay.  I listed off all the valid positive contributions I’d made while in the community, the people that relied on me.  I don’t think that any of these things were the answer she’d hoped for.  “What I don’t hear, Christopher, is that if you go back out, you’ll die.”  And I told her that I didn’t fear that.  Why?  Because, I told her, I didn’t really see my life as having any value.  That, she said, was perhaps something I should look at.

I had an hour before the circle, and I sat thinking about what she’d made me look at in myself. What all my fellow residents had been trying to tell me for the last few months.  That I had kept myself aloof from all those around me while posing as this gregarious social butterfly.  The realization that I avoided attachments not because I was afraid of caring, but for fear that I would be exposed as a fraud in my own life because I had so little regard for myself.  Recognizing this truth about myself was painful, but I made the choice to accept it anyway; its ineffectiveness as a strategy, the damage it caused with those who truly cared about me.  A long time shield, now a heavy burden, an anchor.  I felt vulnerable and very much alone.  So with a terrified feeling of defeat I headed down to Encounter Circle.

I’m not going to say everything was rainbows and unicorns after that. I still cracked wise on instinct, still retreated into myself when angry, but with the subtle difference that the people around me, just as broken, just as angry, were just that. People. People like me.  I completed Stonehenge after 7 & ½ months, just 3 months after my initially projected completion date.  The first time.