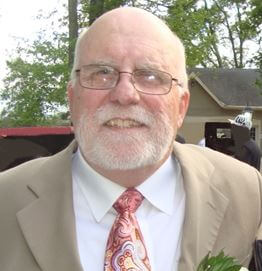 To the best of my recollection, it was autumn 1978. Stonehenge Therapeutic Community was located on an old farm in need of constant repair in Belwood, Ontario. We had animals as part of Activity Therapy, but also as a dramatic departure from the everyday street culture of our residents.

We kept about 500 chickens for meat and daily fresh eggs. We had about 13 very aggressive geese; to this day, I don’t know why! We also had a goat named Gertie that came with us from the other farm property, as well as 3 large horses that we cared for and residents would ride. Individual residents were assigned daily duties of caring for specific animal groups and two particular people became very good at caring for horses.

On one occasion that autumn the residents reported that one of the horses seemed sick. We waited to see if its condition would improve, and it seemed to be getting better over the next few days. However, when I got to Stonehenge on the third day I saw the horse in the field, struggling to stand up, and then falling down.

Because I was both unsure of the situation and unknowledgeable as to what to do, I called a Stonehenge volunteer who was also a student in the veterinary program at the University of Guelph. They came to look at the horse and confirmed something was definitely wrong. A vet was contacted but could not come out for two days. The next day the horse would not get up; it seemed much worse. The following day the horse died. The vet came out to examine the animal and noticed it had bite marks on its legs. He proceeded to cut open its skull and remove the brain which he took back to the lab for testing. The verdict came back two days later and it was shocking: the horse had contracted rabies after being bitten by an infected animal.

With this diagnosis in hand, I had a meeting with Dr. John Dougan at the Community Psychiatric Clinic in Guelph. He informed me that anyone at Stonehenge who might have had any exposure to this horse were in significant jeopardy of contracting rabies, which is a disease that is potentially fatal. Everyone would have to undergo a difficult and somewhat painful 16-week process of receiving rabies immunization injections, starting immediately. After a lot of worry, fear and apprehension, all staff, volunteers and residents (about 35 of us) agreed to get the shots.

Two days later we arranged to have everyone show up at a specialized clinic at the same time. There was a deep sense of unease throughout the room. Then the moment came for the process to begin. The nurse came out and asked “Who wants to be first?” Though I was as paralyzed with fear as the rest of the crew, I felt that I had to show some leadership so I volunteered to be the first one.

The injection was in fact, quite painful and left a raised red welt on my belly about the size of a loonie. As I left the examination room and reentered the waiting area, all of Stonehenge was staring at me in horror and concern. I grabbed my stomach and bent over in pain and heard a gasp from the whole room. Then I yelled out: “only kidding – nothing to it”. Though some people were angry with me for doing that, I truly feel that it diverted their attention from the injections to a lesser concern.

For 16 weeks we all received more injections, each one becoming more sensitive than the last, until it was finally over.

I deeply believe that everything is here to teach you. I learned that a collective crisis can bring people together, and this one sure did. I also learned that sometimes leadership can be very lonely and require that you step into the unknown with no safety net, because it is the right thing to do.

Growth only takes place outside of our comfort zone. A dose of occasional discomfort, a pinch of insecurity and a large measure of struggle develop the character and strength to help us navigate the valleys of life. Circumstances don’t determine us, they reveal us. We give assurances too quickly, remove pain too easily and are too quick to satisfy, entertain or numb out the mind. Life often requires resiliency or grit. Grit is the ability to stay with the pain of life without answers, without conclusions and some days without meaning……but never without hope.