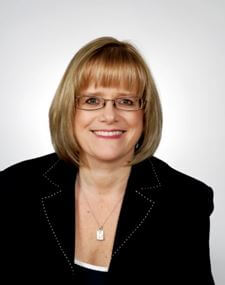 There is no place quite like Stonehenge – the courage, commitment and passion. Within the 25 years I have worked in the field, I have spent sixteen at Stonehenge – three as the Clinical Director and now thirteen as the Executive Director.  The reasons I work here are many:

The incredible vulnerability and courage in the faces of the people who come each Tuesday to be admitted – to leave their home, separate from their children or partners, leave everything that is familiar, to come to a place they do not know, to fight the fight of their life – to dig deep and rally hard.

The man who cried in the waiting room when I offered him some food and drink as he had travelled all night on the bus from Thunder Bay – no one had been so kind in a long time.

The celebration of Commencement – the comradery, family, friends and accomplishment after a long journey – going out into the community full of hope, fear and anticipation.

The man in the housing program who celebrated his WED – Warrant Expiry Date – the first time he has been “free” (of correctional involvement) since he was 14 years old – that was 20 years ago.

The taxi driver who comes in every December to just say Merry Christmas; because Stonehenge is his family. I don’t know him because he completed treatment 25 years ago but it doesn’t matter – the place is home to him and we are all part of Stonehenge.

The mother and grandmother who send a card and donation every year with the notation “thanks for saving my son’s life”.

My first glimpse of Stonehenge was during a tour in 1992. I was a student at Wilfrid Laurier University completing my Masters of Social Work degree.  I remember the beautiful setting, Dougan century home and the hard work of the residents refinishing the woodwork.  But most of all I remembered my tour – a tour given by a participant in the program who courageously shared her story, her fear and hopes and her journey in recovery.  I didn’t know what a therapeutic community was but I was touched by this woman’s story and courage. I had no idea that day that I would join the staff team 2 years later as the Clinical Director.

In 1994 when I joined the Agency, Stonehenge was experiencing its biggest change since its inception in 1971. Under the leadership of Executive Director Lucy Hume, the residential program shortened from 2 years to 6 months and the first of our community programs was founded – the 2-year Aftercare Program.  I was honored to be part of this restructure and very privileged to have Lucy Hume as my mentor and Susy Cannon as my co-worker and coach.  Lucy was integral to the transformation of the program during her 8 years in her role and Susy dedicated 25 years to Stonehenge coming to her role from Homewood Health Centre in 1980.

I have always felt Dr. Dougan’s presence at Stonehenge. As the founder of STC, he had a vision in 1971 that has rooted and grown into a renowned addiction agency.  In the last five years we have expanded with growth into local and regional community-based programs such as supportive housing, court support, outreach, support coordination and withdrawal supports.  We have more than doubled our size.  We have come a long way since that first community program in 1994 thanks to the hard work of the staff, board, alumni and the valuable feedback from our residents and clients to build our programs.

No one – resident, client or staff – comes to Stonehenge without it having a significant impact on their lives. I have learned from everyone whom I have interacted with at Stonehenge.  Residents over the years have taught me the best practices to support addiction and trauma issues.  Each change in the Board of Directors brings a new mentor or coach with a gem of learning I am meant to experience. The passion and commitment of the staff team are like no other.  Over the years, during times of crisis, the team has come together intuitively and seamlessly to support one another, as well as the community, through to the other side.  That, in particular, has been profound to me.

It has been an honor to be part of this leg of the journey. My 13 years is only a small portion in Stonehenge’s 45-year history.  We are all small pieces in that history.  It speaks to the therapeutic community model and culture at Stonehenge. It’s what I love most about STC – that we all experience the journey together. It is much bigger than all of us.

The man who takes a stone – a Stonehenge stone – to court with him to hold him strong and steady as he testifies against the person who abused him when he was a boy. When he returns he puts it into my hand, warm and rubbed clean, saying despite what lies ahead in his healing – he found a voice, a voice no one will take from him again.