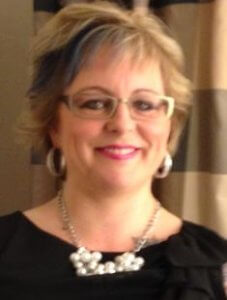 I was just 21 years old – married with 2 children under the age of 5 and homeless – when I first thought I might need the help of Stonehenge Therapeutic Community. I had been in and out of five treatment centers and Narcotics Anonymous since 1993.

When I arrived at Stonehenge in 2006 I had nothing left in my life. My marriage had ended, I had lost my children to my husband, my parents were done with me and I was facing criminal charges.  I had nowhere to go, except jail.  I needed help. I was scared – scared knowing that I would be at Stonehenge for a long time, but I had nothing to lose.

I learned so much about myself during my time at Stonehenge.  I learned about my trauma.  I learned what I liked and didn’t like about myself.  I learned that following rules, being on time, working hard, sleeping, doing my part and sharing honestly were all things that I had forgotten while I was using.

When I was in the program, the men’s and women’s program where still transitioning to two separate facilities. On Wednesdays and Thursdays the women would go to the men’s treatment centre for groups, meals and games.  It was during these times that I learned the most about myself and my behaviour around men.  I realized how much my character had been influenced by the opposite sex.  I remember my first outing with People in Recovery;   I spent the entire day away from Stonehenge and I was so happy to come back at the end of the day to a place where I felt safe.

As my time at Stonehenge came to an end, I couldn’t believe my time was up – 6 months has passed and I was commencing from the program. I enjoyed going to Commencement to see and celebrate what others in the program had accomplished.  Watching others graduate from the program always gave me hope.

Today, I speak very highly of Stonehenge. I recommend the program to everyone that I talk to who needs help.  Stonehenge will always be there.