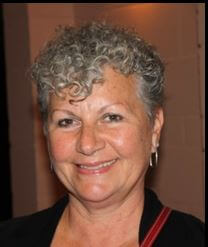 Stonehenge was my first job after university. I learned so much; it shaped my career path to this day. My commitment and passion for working with persons with addiction problems was confirmed early on in the job. We had great clinical supervision and work was actually a lot of fun. I was an employee of Stonehenge from 1979 to 1982, with a great group of staff and the residents taught me so much. I was pretty “green” but I was an eager student.

I often tell the story about how I started at Stonehenge; I had graduated from the University of Guelph and had not been successful in landing a job. I was bartending in the city and was sending out resumes. It was mid-December and Stonehenge’s Executive Director at the time came into the bar on campus where I was working and I asked him how he was doing. He said “not so good” because he could not find anyone to work at the treatment centre over the holidays, from Boxing Day to New Year’s Day. I said “I’ll do it”. I got directions and showed up that first day with no training or meeting ahead of time. I knocked on the door and the staff that was there high fived me on the way by and I came face to face with all the residents. They looked at me and I looked at them. One woman said “Are you hungry? We have fish sticks”. I stayed for five days in a row.

That’s how I got my start. I worked weekends for a few months and then when a full-time job came up I applied and got it as the Activity Therapist. I was later promoted to Group Leader and I was off on my career. Living with the residents for two overnights a week is really what shaped my understanding of addiction and its impacts. I have many memories of the people in the program and how they impacted me as much as I hope I was able to impact them.

Recently, we started a Drug Treatment Court in London, ON and I realized how much I had missed working with clients I had started with at Stonehenge. Stonehenge gave me a great gift: to appreciate people with complex problems as people. We spent a lot of time together with residents working in counselling sessions but also chatting while playing cards, working around the property, shooting pool, and cooking. Many clients stayed in touch over the years which I have appreciated. I now realize I was learning a lot about the impact of trauma and the role of stigma in our work. I became a passionate advocate for the rights of people with substance use concerns.

I learned so much about interviewing to assess motivation for change in my role. One resident in particular who was a lot older than me and wiser about the street taught me that when you decide to leave drugs behind, you can be motivated to change and still miss the drug and maybe even the lifestyle. You can still wish that you didn’t have to change. We had always felt that a resident should be quite adamant about wanting to change and when asked, this applicant expressed ambivalence. We refused him entry and he had his lawyer call us to challenge the decision. I re-interviewed him and got “schooled”. That day I learned about the many faces of motivation and understood a bit more about the Stages of Change. I have gone on to be very knowledgeable about the Stages of Change and Motivational Interviewing; I teach about these subjects and feel they are critical in helping people decide to change and maintain changes they have made.

I learned early on in my career at Stonehenge that people make amazing changes to their lives. This experience has helped me deeply respect the people who attend programs like Stonehenge, to understand their motivation for change and that “change is possible.” I am grateful that I had the experience at Stonehenge and that I have gone on to other jobs with a strong sense of how to do this work, stay positive about it, and foster hope in others.

Stonehenge has progressed over the years. The treatment system has improved and reflects the needs of the community it serves now. The program has evolved and become stronger and now reflects Best Practice in residential treatment and enjoys a strong positive reputation as a top notch addiction treatment program.

I am proud to have Stonehenge in my career history and owe a lot to my colleagues from that era and the residents I knew. Best wishes for the next 45!!